Vetotop EL699 is a multi component high performance self smoothening epoxy flooring system that flows in a light oil like manner to self smoothen to a perfect level. Once cured, the product has excellent abrasion and chemical resistance. Vetotop EL699 provides an attractive hard wearing and easily cleanable floor finish. Its use on floors will enhance lighting in the environment due to the product reflective properties.

Stated consumptions data are for general guidance. Actual consumption depends on the nature of substrate, method of application and wastage.

Original sealed bag of Vetotop EL699 has a shelf life of 12 months provided it is stored clear of ground in a dry and shaded place below 35ºC.

Vetotop EL699 is designed to be a hard wearing self smoothening single pour application on cementitious substrates at thicknesses between 3 to 5mm. The applied product will be resistant to water as well as a wide range of chemicals.

All surfaces receiving Vetotop EL699 should be primed with Vetoprime EP691 which is designed for maximum absorption and adhesion to concrete substrates. Add the entire contents of the hardener tin to the base tin and mix the two primer components thoroughly for at least 2 minutes - only mix full packs. Once mixed, the primer should be applied immediately to the prepared substrate using stiff brushes and/or rollers. The primer should be well ‘scrubbed’ into the substrate to ensure full coverage, but care should be taken to avoid over application or ‘ponding’. Allow the primer to dry before proceeding to the next stage, do not proceed whilst the primer is ‘tacky’ as this will lead to unsightly marks in the finished surface. Porous substrates may require a second primer coat - when the first coat is directly absorbed into the substrate - but minimum over-coating times must still be observed.

Vetotop EL699 is supplied in three pre-weighed packs (base, hardener and aggregate) which are ready for immediate on-site use. Part mixing of these components is not acceptable and will affect both performance and appearance of the finished floor. Mixing should be carried out using either a forced action mixer; or a heavy duty mobile mixer fitted with a jiffy type mixing paddle. All such equipment should be of a type and capacity approved by Saveto. The components should be mixed in a suitably sized mixing vessel. Stir the base and hardener components individually then empty them into the mixing vessel scrapping the edges and mix for 2 minutes. The contents of the graded aggregate pack should be slowly added and mixing carried out for a further 3 minutes until a completely homogeneous material is obtained.

Ensure that there are sufficient labor and materials to make the mixing and subsequent application process a continuous one for any given, independent floor area. Once mixed, the material must be poured immediately on the floor and spread before aggregate settlement occur. The material should be poured onto the prepared and primed substrate as soon as mixing is complete. It should be spread to the required thickness using a notched trowel or a gauged spreader; with care taken not to overwork the resin, spreading evenly and slowly. Immediately after laying, the material should be rolled, using a spiked nylon roller, to remove slight trowel marks, and to assist air release. The rolling should be carried out using a ‘back and forth’ technique along the same path. An overlap of 50% with adjacent paths is recommended. Further light rolling may be required to remove surface imperfections, or for subsequent release of trapped air, but should be prior to the setting of the product.

All existing expansion or movement joints should be followed through the new floor surface.

Vetoprime EP691 and Vetotop EL699 should be removed from tools and equipment with Vetonit Solvent XX600 immediately after use. Hardened material can only be removed mechanically.

Laitence and weak surface layer shall be removed using mechanical methods such as grinding or blasting in order to provide a sound well profiled surface. All necessary repairs should be made prior to application by using epoxy mortar from Vetorep ER range.  New concrete floors shall be at least 28 days old with moisture content of less than 5% (shall earlier application be required testing of substrate for moisture conditions shall be made).

Saveto endeavors to ensure that any advice, recommendations, information it may give, is accurate and correct. It cannot accept any liability either directly or indirectly arising from the use of its products, because it has no direct or continuous control over where or how its products are applied, whether or not in accordance with any advice, specification, recommendation or information given by us. Saveto has the right to change any of the specifications mentioned in the Technical data sheets upon its discretion without prior notification.

Hard copies of TDSs are printed once or twice a year, while our technical data sheets are continuously being updated as per R&D improvements and new 3rd party testing; kindly refer to our website for the latest updated TDSs.

More Products from this section 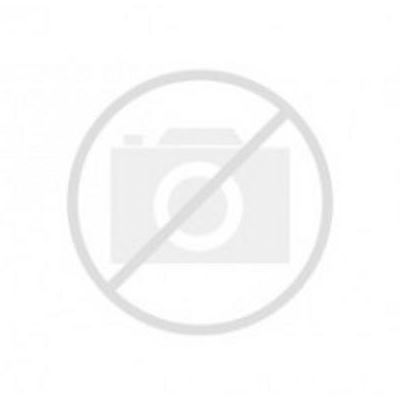